When we go by train to a new city or a new country, first of all, you see the railway station there. Which is quite beautiful and our views about that city change.

In today’s post, we are going to tell you about the Best Beautiful Railway Station in the world. Where you must go and see them once. Train stations of the world help you to experience the history, culture, and style of the place.

Cities around the world have paid a lot of attention to their railway stations to welcome and impress global travelers. They have done all the work well, from making it beautiful to providing all the facilities. 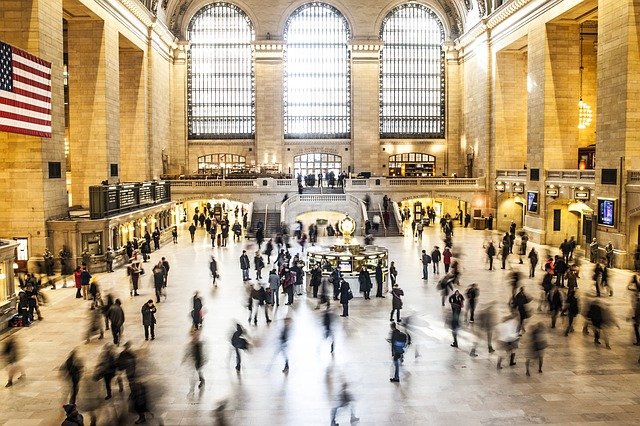 First of all, we have put the Grand Central Terminal which is located in New York, it is built in a very grand way.

It was designed by the firms Reid & Stem and Warren & Wetmore, constructed much earlier which was completed in 1913.

The most beautiful thing about Grand Central is its celestial roof, which looks quite beautiful to see, many visitors come to see the roof mural.

The building of Amsterdam Central Station was built between 1881 and 1889, at that time it has been quite famous and even today people like it.

Its buildings were built like Neo-Gothic or Neo-Renaissance styles. It shares and introduces the architect similar to the city’s famous Rykomusic.

The city of Amsterdam is known as a port, and open water area. Its railway station is open 24 hours and you get to see all kinds of facilities here.

Chhatrapati Shivaji Terminus is counted as the Best Beautiful Railway Station in the world.

It is located in the city of Mumbai, India, there is a lot of engineering sample in making it.

On seeing it, at first sight, you miss a Raj Mahal. It shows the form of old architecture. It is counted in the busiest railway station and is quite large.

Outside the station, you see a four-meter-high marble statue of Chhatrapati Shivaji, above which domes and spires are seen.

One of the most famous buildings in Mumbai, the Chhatrapati Shivaji Terminus railway station is seen. And has been considered a UNESCO World Heritage Site since 2004.

We all know about the beauty of the city of Paris. Everyone wants to go here and see Paris. Just as the city is beautiful, in the same way its railway station is also very beautiful.

There are seven main train stations, the most beautiful of which is Gare du Lyon.

Its original structure was built in 1855, outside the station you see the iconic Clock Tower, which further enhances its beauty.

It will look like Big Ben of London which is very similar to it. The interior decoration of the station is quite beautiful, which will impress you very much.

Central do Brasil railway station is quite beautiful, here you get to see beautiful horizontal.

It has a 400 feet high art deco tower in the city of Rio, it has a clock that is famous in the city for showing the right time.

The station has now been named the deferred Estrada do Faro Central do Brasil railway station, whose headquarters were once placed here.

Here you get many types of facilities that you will like. It is a fairly large railway station this time. If you are looking for the Best Beautiful Railway Station of Whorl, then you must see it.

Glacier Express Best 5 Beautiful Railway Train in the world. Its route is from Jermet to St. Moritz. You will find the journey of this train very beautiful. However, you get to see the glaciers of snow, as well as the journey to the green valleys adorned with cows and rocks.

It is one of the most beautiful trains in Switzerland. Which passes through 91 tunnels.

If you travel to Canada, you should travel to the Rocky Mountaineer train going from Banff to Vancouver.

This train takes you through the most beautiful landscapes and reaches the metropolitan city of Vancouver.

In it, you will see the pasture of snow-clad peaks and breathtaking grasses, with this you can see many waterfalls in it, which is very beautiful.

The journey from Glasgow to Malaga to Scotland will be memorable for you, it is known as the Best 5 Beautiful Railway Train in the world 2021.

The West Highland Tran is a great way to experience the wild, west coast of the country.

Here you see big bridges, on top of which you will not be able to forget the scene of the train passing.

It passes through the remote forest of Rannoch Moor, heading north, where you see a lot of environmental views.

Peru is one of the great places to visit in the world. Hiram Bingham Orient Express train is the best for Moscow Pichu.

The journey of this train presents an excellent confluence of heritage and nature. It passes through the colonial city of Cusco to the UNESCO World Heritage Site Machu Picchu.

The train passes through a winding route where the Urubamba River offers a beautiful view of the valley. Its journey will be very memorable for you.

In Best Beautiful Railway Train in the world, we are telling you about the Durango and Silverton narrow gauge trains. This train is a small line train that passes through beautiful mountains.

The built train was started in 1882 for silver and gold from the San Juan Mountains of Colorado. But today it has been starting for tourism.

By sitting in it, you get the pleasure of seeing the beautiful mountains of Colorado. You can see black bears, deer, and mountain lions from the train passing through the forest and beautiful valleys.

1. Which is the most beautiful railway station in the world?

These stations are the most beautiful worldwide, here daily 20,000+ people are travel as an average

2. Which is the world’s biggest railway station?

Japan’s Nagoya station is the largest station in the world, it is spread over about 446,000m. It remains the headquarters of the Central Japan Railway Company JR Central, which has two towers that run over the station.

3. Which country does not run trains?

Bhutan is one of the smallest land-locked nations located in South Asia. but Bhutan has no railway network, there are plans to link the southern parts of Bhutan to the vast Indian railway network.