There are many well-known places available in this city which are connected by the Lucknow metro train.

The construction of the Lucknow metro line started on 27 September 2014 with a stretch of 8.5 km from Transport Nagar to Charbagh railway station,

which started operations for the public on 5 September 2017, with which it is the fastest built metro in India country The railway system was formed.

In the last few articles, we have given information on metro trains in developed cities like Mumbai, Delhi and  Hyderabad which you are clicking on the list.

It is built under Lucknow Metro Rail Corporation Limited (LMRC). Its first section was inaugurated and open to the public on 6th Sep 2017. To date, 21 metro stations are functioning.

Lucknow Metro has its official website www.lmrcl.com where you can view a metro map, search fares between stations by inserting names of boarding and destination stations and contact details of a 24 X 7 helpline. To make the metro services more useful lMRCL has also launched an app.

In the map given below, to understand the Tourist, you are shown by 6 colours in which the train lines are shown in red and blue colour and two points are given about the elevated and underground station of the Metro train.

And the other two colours are told in the interchange station of the train so that the common man does not have any problem in travelling on the metro train. 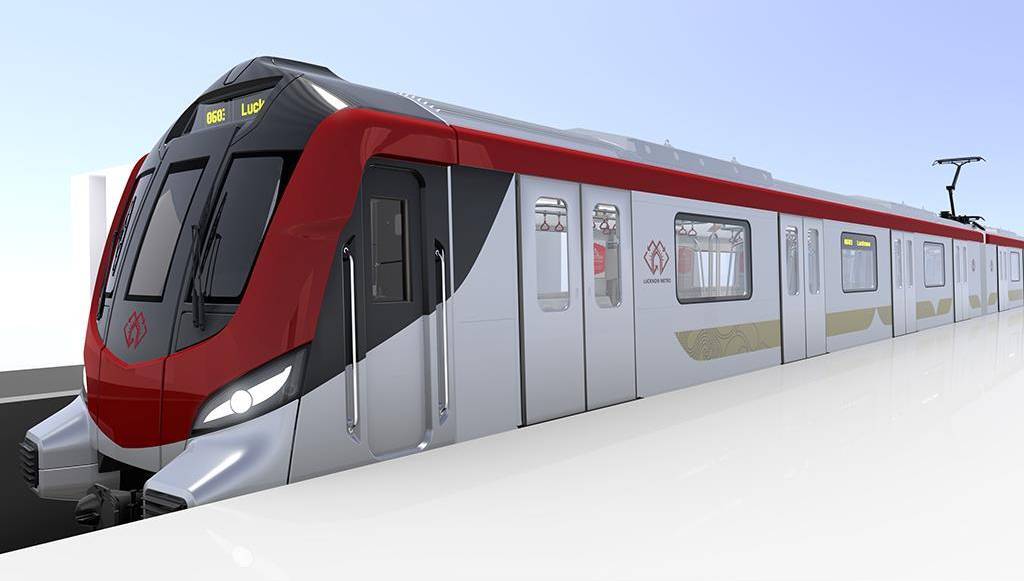 Following is the train route and the order of stations that come under 21 stations of Lucknow metro rail. 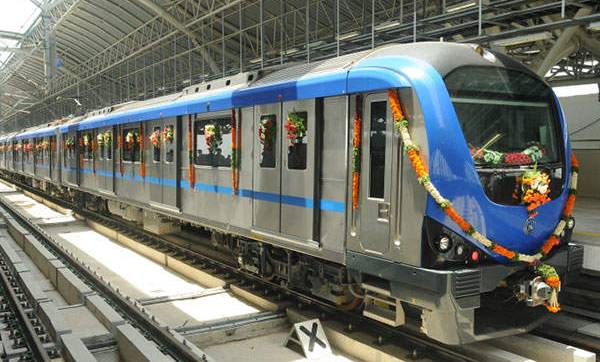 Single journey fares on Lucknow Metro Line-1 are dependent on the number of stations travelled. Paper tickets are issued with QR codes.

The Lucknow Metro is operational daily from 6.00 am to 10.00 pm. Due to Covid-19 metro trains are restricted to run only till 9.00 pm between Munshi Pulia and Chaudhary Charan Singh International Airport. On normal days the last metro train ply at 10.30 pm.

The Lucknow Metro runs in two routes of the train with a red line and a second blue line depending on it.

The Red Line was the first metro line to open and connect Charan Singh International Airport of Chaudhary to the south with Charbagh in central Lucknow. There are lines covering a distance of 22.87 km but it is being extended to Munshi Pulia.

Blue Line is a proposed metro route of the mass rapid transit system in Lucknow. It consists of 12 metro stations from Lucknow Charbagh railway station to Vasant Kunj with a total distance of 11.098 km.

What is a Go smart card?

A smart card makes your commute easier just by simply recharging the card. This card is also useful for other commutes connected with the metro.

Where will I get a Go smart card?

One can buy a Go smart card from the Ticket Office Machine or Excess Fare Office at every Lucknow Metro station.

What is the tourist facility?

If you want to travel for a day or two in the metro then you can take a tourist ticket facility. In this an Rs. 100 ticket allows you to commute multiple times in a day.

There is one more option of Rs. 250 for an unlimited commute of 3 days in Lucknow metro. Rs. 100 is taken as a deposit which is refundable.

How to use the card?

You need to hold your card near the machine. The code gets scanned. This lets the gates open for you to enter the platform. A similar process you have to follow at the exit.

Is there any time constraint from entry to exit?

If you are exiting from the same station you entered, then it is 20 mins and if it is from a different station it is 90 mins.

What will happen when I exit after the expiry of 20 mins or 90 mins?

After you cross the time limit, you will be charged an extra R. 10 on an hourly basis with a maximum of Rs.50 as a penalty. This is applicable for both 20 mins expiry time at the same station or 90min expiry time at different stations.

Are there any benefits of using the card?

Not one but the cardholder enjoys multiple benefits. The commuter enjoys a 10% discount on every single trip. You save time by avoiding queues for buying tokens. Smart card by simply tapping it to the card reader you can access free Wi-Fi.

What will happen if I misplace the Go Smart Card?

Then you will have to pay a penalty of Rs. 50 at the exit. After this, a token will be issued for you to exit. If you, later on, find the card, no amount of penalty will be refunded.

With 8 cities enjoying the benefits of metro services, Lucknow is the newest city to enjoy its benefits. Lucknow Metro train makes daily commutes between destinations very swift with its advanced technology.

The well thought of token and card services takes care that no faulty passenger enjoys the services. This avoids any unnecessary crowd in the metro. Moreover, a faster and daily commute saves time and energy.

With just the first section started and many more sections to come in future, the metro services in the state will surely be very beneficial.