7 Fastest Train in The World in 2022- How Fast Does a Bullet Train? Skip to content

Fastest Train in The World: The biggest transport means in this world are trained, who does not like to travel by train Everyone’s dream is to travel on trains, traveling by train is comfortable as well as exciting, so if we talk about the world’s fastest bullet train, then I can understand how excited you will be.

Many people are the dream of sitting on the world’s fastest bullet train, so today we will try to fulfill this dream article through articles and try to know about many of the best bullet trains in the world.

In this article, we will learn about the world’s 7 fastest running trains and know how long the bullet train will start running in India. 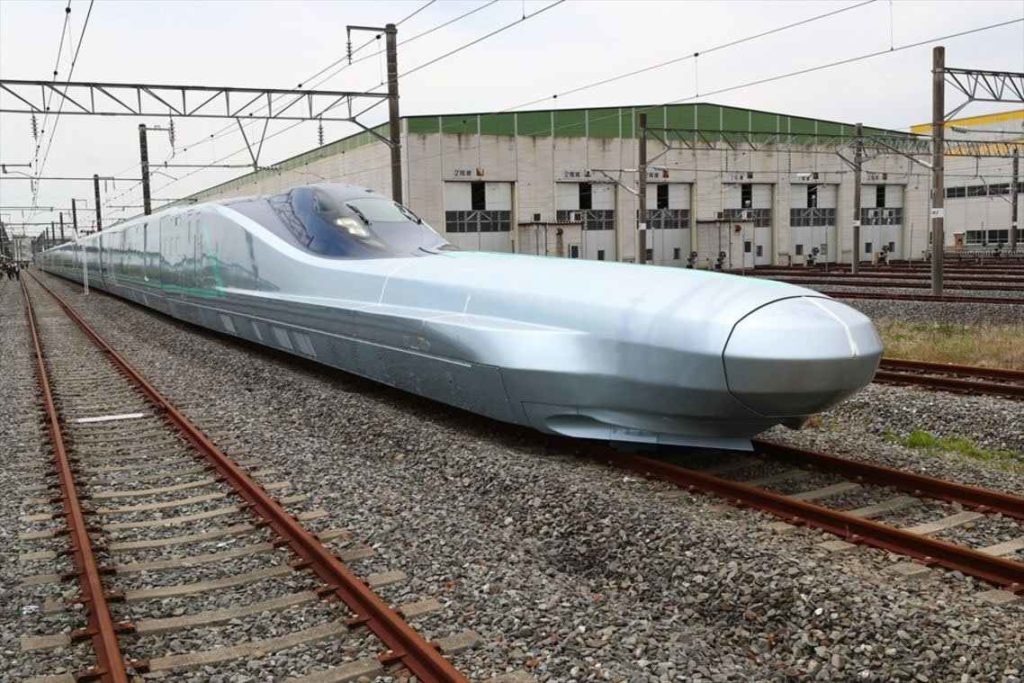 Shanghai Maglev is the fastest train in the world. The train has a record speed of 501 KMH, but as a safety measure for passengers, 431 Km/ph. Its average speed is about 379.9 km/hr. There is a ticket charge of about 8 $ to travel on one side of this train.

This train operates in the country of China, which runs between Yang Road to Pudong, it runs on the metro track. This train travels about 30km without wheels in about 7mint 20sec. Shanghai runs with the help of the Maglev magnetic levitation line, 574 passengers can travel in this train, this train operates every 15 mint.

It started for the public in 2004, launched by the Shanghai Maglev Transport Development Company, which runs at high speed due to the magnetic field between the train and the track.

Harmony CRH 380A is the second fastest train in China and the world. Harmony CRH 380A train speed from 2010 to 379Km / hr. Runs between Shanghai and Nanjing in which around 500 passengers can travel once, this train also serves daily on Wuhan to Guangzhou route.

CRH 380A trains are used aluminum alloy for low weight. Its main engine is designed as a fish header which makes it easy to hold its own speed. This train is a vibrationless train so that passengers can have a comfortable travel experience.

AGV Italo is the first train in the AGV series to be operated by Europe Country, in April 2012 at its max speed of 360 km/ph. Came on track. The route of this train is Rome to Naples, about 200 to 446 passengers travel together on this train.

The train currently runs on Napoli – Roma – Firenze – Bologna – Milano Corridor. However, this train was launched in 2007 when the train’s speed was 500Km / hr.

More than was measured but in 2012, due to the safety of passengers, the speed of this train before coming on the railway track was 360 km/hr. Has been kept

This is Italy’s fastest train; this train is called Trenitalia Operated by. The maximum speed of this train is 360 Km/hr. Was counted but currently runs between Rome and Milan at Speed of 300 km/hr.

The ETR 500 Frecciarossa train covers about 550km in just 40 minutes and a few seconds. otherwise, it is a 2h journey. There are about 28 trains running every day from Rome to Milan each train 4 cabins are available Standard class, Premium class, Business-class, Executive.

The ETR 500 Frecciaerossa trains were built in 2008 by Bombardier, Alstom, and AnsaldoBreda, a consortium of railroad construction companies.

The SNCF TGV duplex was built between 1996-2004. They are operated by SNCF and were manufactured by Alstom and Bombardier. The maximum speed of this train is 320 km/hr. But it has now been reduced to 300 km/hr. This train is the first double-decker/duplex train in the TGV series.

It is one of the busiest railway tracks in the world where over 110 million passengers enjoy traveling on this train yearly. This train has about 512 seats which are double tacker. This train is designed eco-friendly using aluminum which can recycle about 98% of parts of the train.

The train has 3 types of seats for the passenger, standard class, first-class, TGV Pro, 3 seats have different benefits

E5 Series Shinkansen Hayabusa is Japan’s fastest train and the world’s 6th. The train started from Tokyo to Aomori in 2011 in the initial round of max speed 319 km/hr. Which decreased overtime to 300 km/hr.

This train covers more than 700km in less than three hours, this train has about 730 seats. The front part of this train is made like a duck, which helps the train take less time to get to its highest speed.

This train is designed to be less sound and vibrationless so that the passengers do not have any problems while traveling. E5 Series Shinkansen Hayabusa train seats in Standard class (658 seats) Green class (55 seats) Gran class (18 seats) gran class seats are very expensive, traveling in this type of high luxury train is a very experience base.

One of the fastest trains in the world is the THSR 700T, which runs between Taipei City to Kaohsiung, Taiwan Country. The maximum speed of this train is 315Km / hr.

This train covers more than 300 Km distance in 90 minutes with about 950 passengers. It was produced by Kawasaki, Hitachi, and Nippon Sharia. Based on Kawasaki’s 700 Series Shinkansen trains, the 700T was the first Taiwanese rolling stock to import Japanese high-speed rail technology.

Total investment for the construction of the initial 30 trains in the series reached about NT $ 100bn ($ 3.4bn).

FQAs: – How Fast Does a Bullet fastest train in the world

How does the fastest train in the world work?

Shanghai Maglev is the fastest train in the world with a starting trail max speed of 431 km/ph. But was later 400 km/ph. Now running in China at speed. With the help of magnetic “and” levitation between the railway track and the train, this train runs fast due to the magnetic field. the electrodynamic suspension system, or EDS.

What is the speed of a bullet train?

Shanghai Maglev is the fastest train in the world with a starting trail max speed of 431 km/ph. But was later 400 km/ph.

Yes, bullet Traveling in train is safe and Japan Rail Transport is the safest railroad where no accidents have happened yet, however they themselves die in front of the train.

Which is the slowest train in the world?

In Switzerland, a country that is in love with its country, Glacier Express is the most popular and attractive among its trains. The world’s slowest express train travels 291 km of tracks and 291 bridges while going through 91 tunnels and climbing the Overlap Pass at an altitude of 2,033 meters.

We hope you like the post about the Fastest Train in The world. With the help of today’s new technology, many trains are made in the world. Currently, in the competition of the world’s fastest train Shanghai Maglev, the trail speed of the French TGV series train was 574.8 km / h (357.2 mph). The wheels of this train are made of steel.

Hope you will find the information given away from us, if you liked our article, then share it with your friends and friends and if you want to take any information related to any train or railway, then you can comment on us.